“I am not a teacher, but an awakener.”

"Any growth requires a temporary loss of security." - Madeline Hunter 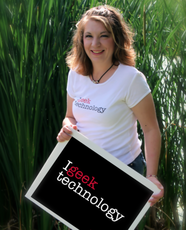 In 1934 Hewlett Packard was founded by David Packard and Bill Hewlett.  They developed HP 200A/200B Audio Oscillator which was used with engineers for testing and sound effects for Walt Disney. In 1951 the 1st commercial desktop computer was introduced.  In 1962 the 1st computer game "Spacewar" was invented. Two years later the so called "Mouse" nicknamed such since it had a tail coming out was invented.  I didn't mention these dates and inventions because we are going to have a quiz later but to let you know that we have all have grown up with technology.  Technology has just evolved through the past 79 years.  Due to great minds making technology smaller and quicker we now can hold a computing device in the palm of our hands.  Believe it our not the 1st computing devices would take up an entire room and several people to operate them.  Technology tools are not here to intimidate you, they really only do what we tell them to.

As we go on this journey to learn some web tools, just keep in mind you can't break your computing device (computer, iPad, iPod, smart phone, & etc...).  With most web tools you can edit and modify what your create, so if you make an error don't worry it can be fixed.